Now a speeding fine can follow you home after your holiday

May 26, 2016 by Jeanette Miller in category News, Speeding with 0 and 3
Home > News > News > Now a speeding fine can follow you home after your holiday 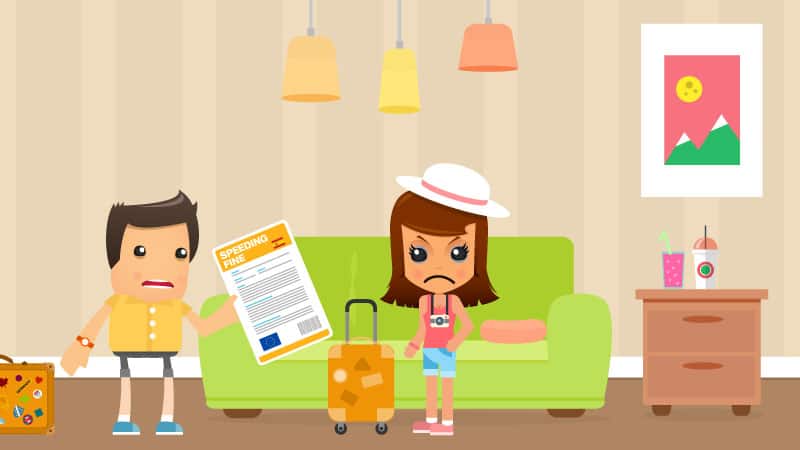 At this time of year, many of us are looking forward to travelling to warmer shores to enjoy a well-deserved Spring or Summer break. However, it is worth considering, that if you do decide to take to the roads during your break, if you inadvertently commit a traffic offence, such as speeding, you can now expect a receive a fine in the post from the authorities in which the offence was committed demanding payment thanks to the new Cross Border Enforcement Directive 2015/413.

This Directive came into force in May 2015

Whilst the UK already had bilateral agreements in place with countries such as Ireland, this new EU Cross Border Enforcement Directive means that UK drivers can now expect to receive a fine if they have committed any of the eight offences covered by the directive. The Directive covers eight traffic offences ranging from speeding, drink or drug driving and remember the different alcohol limits apply abroad through to using a mobile phone or not wearing a seatbelt.

The rationale behind this Directive is to encourage improved road safety across Europe but those of a sceptical nature may just interpret this new legislation (which so far has been transposed into the national laws of 25 Member States) as a further example of how European national governments are taking advantage of advances in technology as a means of generating new streams of revenue.

The cynical among us may also link the measure to recoup fines from foreign motorists with the fact that many European governments are struggling at the moment to make ends meet. So far, 25 European member states have already implemented the Directive into their national law. The deadline given was May 2015 but the UK, Ireland and Denmark have been given further two-year period of grace to implement the legislation and have until May 2017 to transpose this directive into national law.

So what does this new law mean for UK drivers?

If you are alleged to have committed a driving offence in a foreign jurisdiction, the authorities of the county in which the offence was committed can contact the designated national contact in the driver’s country of residence requesting his/her contact details. Often such information can be obtained by providing the driver’s number plates. The designated national contact then allows the prosecuting authorities to perform a search through the information exchange system to identify who committed the offence.

How is it enforced?

Once the foreign authorities have obtained the offender’s details they will usually contact the owner of the vehicle by letter (written in the language of the recipient) setting out what offence was committed and when, the legislation that has been infringed, the legal consequences of the traffic offence and the amount payable. They will also provide further details on how to pay.

The fine that is to be paid, is determined by the fines currently in place for the offence in this particular jurisdiction.  Given that the letter is addressed to the owner of the vehicle, there is also a reply slip provided whereby the owner can argue that it was not them driving at the relevant time but someone else driving the vehicle at the time that the driving offence was alleged to have taken place.

What are the consequences for non-payment?

If the driver ignores or elects not to pay the fine, the authorities of the country where the offence was committed can contact the UK authorities and using further European legislation asking them to execute the fine just as they would for an offence committed in the UK. Drivers who fail to pay the fine that has been requested by foreign authorities also risk facing further legal difficulties if they later return to the country in which this original offence was committed.

Ignorance of the driving laws of another country cannot be used as an excuse as to why the offence was committed. The EU have helpfully produced a guide which can be viewed online and downloaded as an app to ensure that drivers can familiarise themselves with the driving laws of 28 member states before they visit and take to the road.

So if you do arrive home and are greeted by a foreign looking piece of correspondence, you can rest assured that it won’t be a postcard. You have been warned!

Geoffrey Miller Solicitors are specialists defending drivers nationwide for all types of motoring offences. Call our team of expert motoring solicitors for some free initial advice.