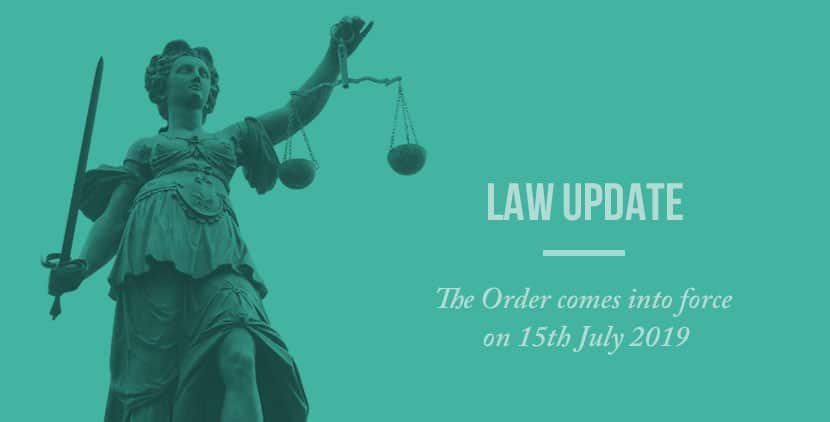 Changes to Rules on Disclosure of Convictions

When applying for jobs, insurance or even a Visa, there are a number of rules in place about the disclosure of a conviction or caution for an offence. The Rehabilitation of Offenders Act 1974 (The Act) enables some convictions to become ‘spent’ after a rehabilitation period which, in some instance, means they do not have to be disclosed in applications and will not come up on a DBS check. This is to allow people who may have committed relatively minor offences, to start afresh.

Originally, pursuant to The Act, all convictions, warnings and cautions that were held on the Police National Computer (PNC), whether spent or otherwise, would have to be disclosed to a potential employer.

It was after the case known as ‘T’- [R. (T and others) v Chief Constable of Greater Manchester Police and others [2013] EWCA Civ 25], where the Court found that automatic disclosure of all cautions, warnings and convictions was unfair, and violated a person’s rights under Article 8 of Human Rights Act 1988.

Changes to the rules on disclosure were finally brought into force on the 29th of May 2013. They determined which sentences would be included on a DBS Certificate, and which ought to be taken into account by the potential employer. Further amendments were made in March 2014, which reduced the rehabilitation periods for the offences to become ‘spent’. For example: a simple caution is now considered to be ‘spent’  immediately, and a prison sentence of 2 years, is considered ‘spent’ after the total length of the sentence plus 4 years as opposed to 10 years rehabilitative period from conviction.

What is a ‘spent’ conviction?

‘Spent’ conviction, caution, final warning or reprimand means that under the Rehabilitation of Offenders Act, it can effectively be ignored after the rehabilitative period. This means that a ‘spent’ conviction does not have to be disclosed to most employers, or in other applications such as insurance or an application for housing. The rehabilitation period depends on the length of sentence imposed for the offence. For custodial and community sentences the rehabilitative period starts at the end of total sentence imposed, plus it includes an additional ‘buffer’ period. This period is dependent on the length of sentence- the longer the sentence, the longer the rehabilitative ‘buffer’ period added.

Although, usually minor motoring offences dealt with by a way of fixed penalty will not form part of a criminal record, they will have to be disclosed if a person applies for a role which requires him/her to provide details of their driving licence.

As some motoring offences are recordable offences, such as drink driving and drug driving, they will form part of the criminal record and will be subject to the Rehabilitation of Offenders Act.

More information about convictions and how they show up on a criminal record check can be found here.

However, as the Act suggests, there are exceptions to the rule. The Exemptions Order, provides a list of offences that are exempt from filtering. Those offences are regarded as serious, and relate to violent offending, safeguarding or sexual offences.

The Notifiable Occupations Scheme (NOS), lists professions which carry extra weight of responsibility. This means that anyone working in a profession that requires an extra duty of care i.e. Surgeons, may have their spent convictions disclosed on their criminal check result. The rationale being that disclosing a surgeon’s spent convictions and cautions is of greater importance to the issue of public security and safety, and outweighs the normal duty of confidentiality to an individual with a history of convictions.

Recent Amendment – what is new?

This year, there are further amendments that are being implemented to the Exceptions Order, and add an additional paragraph to Schedule 3 to cover proceedings before an inquiry. As of 15th July 2019, this amendment will allow consideration of spent convictions and cautions by Judicial Authorities under the Inquiries Act 2005.

The amendment here, is not employment-related, but related to disclosure of evidence in judicial proceedings under the Inquires Act 2005. For example: the Government held an inquiry into a blood contamination scandal where people were infected with HIV and hepatitis C and resulted in 2,400 deaths.

The main focus of an inquiry is to provide answers to the questions, uncover the truth, provide victims and families with a sense that they’ve been heard and restore public confidence in the government institutions.

This amendment to the Act will simply mean, that if a person has “spent” cautions or convictions, it can be taken into account and considered to fulfil the terms of the reference of the inquiry.

It is important to note that cautions and convictions would only be considered when it would be necessary to determine whether authorities have acted reasonably and appropriately when responding to a risk. This amendment will not affect the person’s protection against disclosure when looking and applying for work.

Professional Consequences of a Criminal Conviction