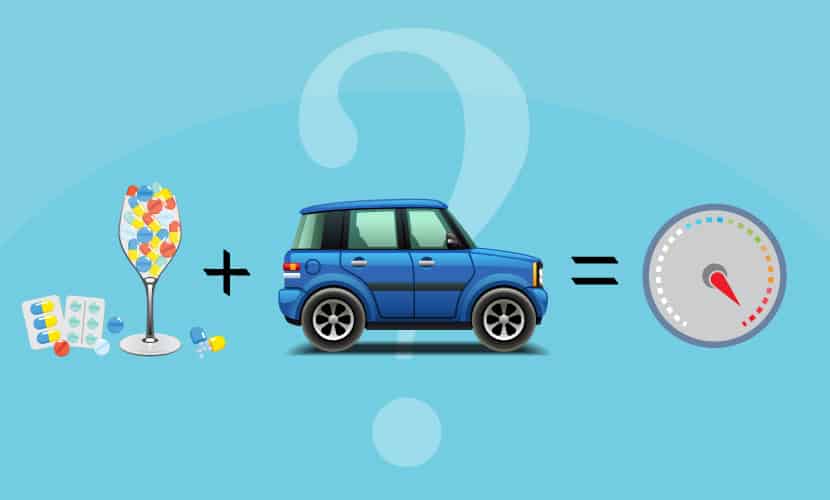 Road Safety Campaigners claim that driving under the influence of drugs can dramatically increase the likelihood of a motoring accident by impeding your ability to respond quickly on the road. Many of the zero tolerance drug drive limits are not linked to driver impairment in any way, and hundreds of motorists who go by the premise of “I feel ok so therefore I’m safe to drive” are finding this out the hard way.

In the past year, it was reported that nearly 8,000 individuals have been arrested for the offence of drug driving. Following the changes to the law with the drug driving offence being introduced in 2015, this increase in statistics may be explainable. Contained in the amendments was the indicated maximum levels of each drug in the blood, removing any need for there to be proof of driver impairment, which could attract prosecution.

What are the current rules around drugs?

Under the current rules there are a number of drugs which have been reviewed that will attract criminal liability for anyone seen to be over the maximum blood content level.

The majority of these 17 drugs can be broken down into two separate categories; however, it should be noted that as chemicals and drugs affect users in many ways, a guideline limit has been indicated. Drugs will pass through the body at different rates depending on the age, fitness, stomach content, level of hydration etc. of the user.

The following drugs are dealt with a zero-tolerance approach by the Courts.

For the following drugs, the Courts employ a risk-based approach which is monitored medically (hence why frequent check-ups are required to manage any physiological or psychological changes in the patient.)

With regards to amphetamines, due to their proven medical benefits, the law takes a slightly different approach. The necessity to balance its medicinal use against recreational drug abuse has been stated numerous times. However, if when the police pull you over and you are deemed unfit to drive (even though you may be under the limit) you may be taken into custody.

Some common misconceptions we encounter when speaking to people who have fallen foul of the drug driving laws:

Unfortunately, no matter how long you have used a drug or believe it doesn’t affect your cognitive abilities – this will not provide you with a valid defence if your blood is found to contain a substance that is above the drug drive limit.

Regardless of your own views on how the drugs you have taken affect you, Cannabis has been shown to delay reaction times. Hallucinations may occur and the users visual distance perceptions will be affected. Ecstasy, in recent medical findings has been confirmed to distort vision and alertness, as well as bolstering confidence of the driver. This would in turn lead you to perform more risky manoeuvres and stunts when in your vehicle. Another common drug is that of cocaine – which distorts your perception of reality and reduces your audio / visual abilities.

I’ve been pulled over – what can I expect to happen?

In the unfortunate circumstances where you are pulled over, the police officer(s) will usually perform a drugalyser saliva or sweat test which will screen for either cocaine or cannabis. If your results are positive for these tests, then you will be taken back to the police station for further testing.

At the station, you will be required to give a blood sample. The result of the blood test is considered a lot more accurate and can be used as evidence against you in court. Numerous analyses will be performed to determine whether and which drug you were under the influence of.

If at this point your blood tests come back as over the drug drive limit– you will be charged accordingly.

Will I lose my licence?

If you are convicted of a drug driving charge, you will receive a mandatory ban of twelve months. This will be in effect from the day you are sentenced. It should be noted that if you have committed a similar drug or drink driving related offence within the last 10 years, your mandatory ban will be a minimum three-year ban.

Monetarily speaking, you will be facing an unlimited fine. You may be facing an alternative more serious drug driving penalty depending on the specifics relating to your case. The more serious penalties being a community order (usually 200-300 hours of unpaid work) or a maximum prison sentence of 6 months.