Are your notifications driving you nuts?!

Have you ever been in the car programming your Sat-Nav, quickly replied to a text, sent a quick Snapchat or maybe even decided to shave your beard, all in the name of saving a little time?

Almost everybody experiences a stressful day every now and then. The kind of day when it feels like you are plaiting treacle and unable to achieve anything productive. The endless pings of emails and social media notifications are sometimes the biggest distractions, right?  You are most definitely not alone, but be warned, the law is about to come down very hard on you in 2017 if, in the spirit of saving time, you’re caught using your mobile behind the wheel of a car in the future.

As mobile phones have developed exponentially since their invention, often allowing us to make calls, send messages and stay in touch with loved ones almost instantaneously; they are a day to day essential tool for convenience and communication.

However, the Department for Transport recently announced a severe crackdown on drivers caught using mobile devices behind the wheel, with the existing penalty points and fines nearly DOUBLING sometime this year. 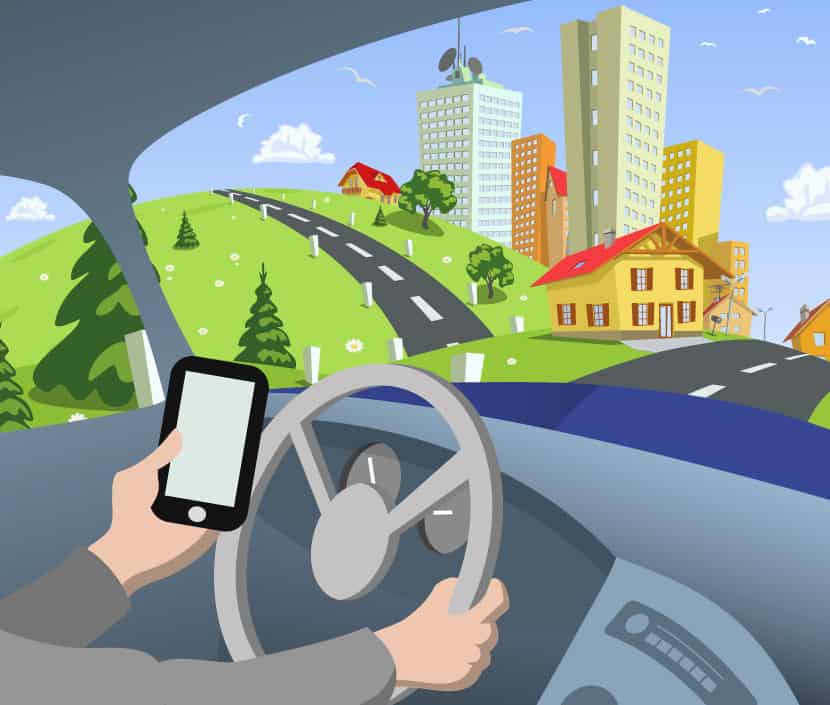 Proposed changes around mobile phone use on the roads

The current law already states that it is an offence on the roads to use any mobile device whilst driving – attracting 3 points and a £100 fine. However, the recently proposed penalties will see drivers who are caught, being penalised with six points endorsed on their licence, along with a blistering £200 fine!  So posting that status update, sending that quick selfie or simply replying to your group texts when driving or even if you are stationary but with your engine on, will land you in some legal hot water.

The new laws are expected to come into effect on the 1st March 2017.

It is advised that you seek legal advice as soon as you are faced with a mobile-driving-related offence. Using a device or an app reduces your attentiveness and response time significantly and in some cases, use of a mobile could escalate to a far more serious charge of dangerous driving or careless driving.

In the most unfortunate of circumstances, if you injure or even take a life of another on the roads you may even be facing a prison sentence.

The ambits for ‘not being properly in charge’ of your vehicle have not been absolutely defined perhaps on purpose.

In addition to the changes in penalties, driving tests will be developed to include Sat-Nav skills; including focusing on the learner’s ability to ask appropriate questions and gauge road conditions.

Notable bad habits behind the wheel

Recently, the media have reported a surplus of drivers performing bizarre tasks in their vehicle, presumably, to save a little time. This includes shaving, reading e-books and even changing into a whole new outfit – all whilst on the motorway!

As the crack-down is intended to better protect road users; eating, drinking, applying your make-up or even selecting the next tune to make your commute a little less miserable may land you in court answering for your driving.

Research and Statistics to illustrate the problem

(a) Did you know that using a mobile phone whilst driving, lowers your reaction abilities as much as having the legal limit of alcohol in your body?

(b) Operating a mobile device whilst driving increases your chances of a collision by over 24%!

(d) 1.5% of the drivers on the roads today are younger, newer drivers (under two years of experience). In this group, mobile phone use has accounted for 11% of the accidents on the road in the past year [DfT, 2016].

(e) In the majority of reported collisions for drivers under the age of 25, over 20% of them have admitted to using their devices, at least once a month, whilst on the roads.

Some helpful tips to ensure a smoother journey

Here are some helpful tips to ensuring your safety (and ours!) on the roads:

(c) Activate an automatic response to alert others you are driving. Or download an app to restrict phone calls and notifications for a set period of time.

The law will not look at you favourably if you break these new laws, no matter how busy you might have been on the day. So, no matter how much of a mad multi-tasker you may consider yourself, it may be best to focus on one job at a time; driving being one in itself.