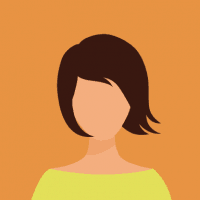 Paula Hunter lives in Newcastle-upon-Tyne and owns her own PR business. She acts for several businesses many of which are in and around Manchester. Paula has to travel by car between the two areas on a regular basis. Her ability to keep on driving is her lifeline and her business would not be able to operate without it.

In late 2010 Paula was shocked to receive a letter from Bedlington Magistrates’ Court advising her that she had been convicted in her absence of failing to furnish information under s.172 of the Road Traffic Act 1988. In other words, she was accused of having failed to provide the police with details of the driver of her vehicle when it was alleged to have been involved in a road traffic offence . She faced an automatic 6 penalty points, a fine and the possibility of a driving ban. 6 points would have caused her to accumulate the “totting up” limit of 12 points so she would face a hefty 6 months driving ban if this was not resolved in her favour. What made things worse was that she had not received any previous letters or notices (NIP’s) from the police or the courts about the case. The bad news was a complete surprise.

Miss Hunter successfully asked the magistrates to set the conviction aside. But that was not an end to the case. Four court appearances later matters were still not finally resolved. She spoke to a friend who is a solicitor but he recognized the importance of appointing specialist driving offence lawyers rather than a “Jack of all trades”. He suggested that she should contact Jeanette Miller, aka “Miss Justice” of Geoffrey Miller Solicitors.

Paula called Jeanette and we went through the various issues in the case and knew immediately we could help resolve this horrendous mess that was causing Paula to have sleepless nights.  Jeanette’s team sprang into action. Chris Proctor, Niaomi Roberts and Vicky Miller steered the case towards a trial which eventually took place in July 2011. Stephen Oldham put forward the case at trial. After a long day at court he eventually proved to the magistrates that Paula had not received vital documentation. The verdict
came back ‘not guilty’. There were no penalty points, no prospect of a totting up disqualification and no fine to pay.  Not only that, Stephen was able to secure a Defence Costs Order allowing Paula to claim a contribution to her costs from the court central funds.

When asked if we could publish details of her case on our website Paula agreed and asked us to add her testimonial also:

“I originally intended to try and do this on my own and I’m so pleased I didn’t. The legal knowledge of the lawyers at Geoffrey Miller was second-to-none and coupled with their support, I felt professional help was invaluable throughout a really stressful period.

Steve was fantastic and I was so grateful I had him at court alongside me, as he was both knowledgeable and professional. When I got the not guilty verdict the relief was immense and I cannot thank the team enough for helping me put this whole episode behind me at long last.”Paula Hunter - Newcastle